Fujipacific Music Inc. is a part of Fujisankei Communications Group, Japan's largest media-conglomerate.
With 55 years of history, Fujipacific continues to be one of the top Music Publishers in the nation.

With a group of experienced and dedicated staff members, we represent around 55,000 domestic copyrights. We also act as subpublisher for over 500 overseas publishers.

Our offices in Hong Kong and Korea have proved industry professionals that Fujipacific can offer top-notch publishing services in various SE Asian territories.

Our licensing department actively seeks out ways to increase revenues, such as synch licenses for films, TV commercials, video games and any other possible media. 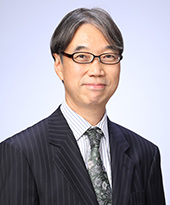 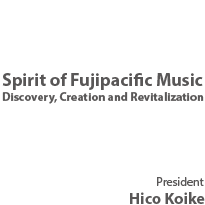 Fujipacific Music’s corporate mission is to contribute to a cultural explosion by creating and exploiting new music with the songwriters and protecting the rights of the creators.

The musical culture can grow sustainably with an ecosystem that facilitates the creation of fascinating songs and further cultivate the listeners’ desire for more new music.

We will endeavor to discover and create new songs reflecting today’s pop culture and to revitalize the evergreen universal songs. We will then exploit each one of the songs to the people to expand the diverse musical culture from Japan to the world, and from the world to Japan. 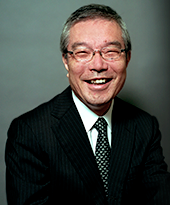 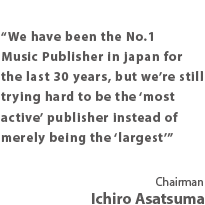 One of the most prominent and respected figures in the Japanese Music industry, Ichiro "Ichi" Asatsuma was born in 1943 and joined Pacific Music Publishing (the pre-decessor of Fujipacific) in 1966 as one of its first employees.
His immense love and knowledge of music allowed him to excel at the job and Ichi was recognized as one of the pioneers in the music publishing world. In 1985 he became the President of the newly-merged Fujipacific Music, a position he held until becoming the Chairman in 2005. Ichi has also been the board member of JASRAC from 1986 to 2010 and was the chairman of Japan's Music Publisher's Association (MPA) from 2004 to 2010. He currently serves as the MPA's special adviser as well.